CBD Oil For Arthritis Pain: Does CBD Really Help With The Painful Symptoms Of Arthritis?

CBD Oil For Arthritis Pain: Does CBD Really Help With The Painful Symptoms Of Arthritis? 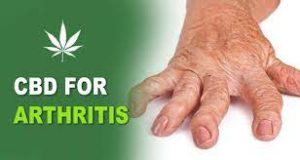 CBD is a substance obtained from hemp. Both hemp and marijuana are cannabis plants, although they are significantly distinct from one another. They have varying amounts of phytocannabinoids, which are chemicals found naturally in the cannabis plant. (It’s similar to how different types of berries have varied antioxidant combinations.)

“Cannabinoids can suppress or excite the release of neurotransmitters [brain chemicals] and have a role in modifying the body’s natural inflammatory response,” explains Hervé Damas, MD, a Miami-based physician and founder of a CBD product firm.

CBD oil for arthritis is thought to help with pain in two areas of the body: the uncomfortable spot (like your finger joints) and the central nervous system, which sends pain signals to the brain when neurons and cells are stimulated or damaged. One reason CBD might be a potential pain reliever for patients with arthritis is its ability to moderate that response. CBD’s anti-inflammatory qualities are another advantage. When your body is combating an illness, inflammation arises. The immune system attacks healthy areas of your body, such as your joints, in autoimmune illnesses like rheumatoid arthritis.

How Do You Use CBD oil for Arthritis Pain?

CBD oil for arthritis can be consumed as a beverage, tincture, pill, or topically administered. Take the capsules orally, mix the liquid into foods or drinks, or apply CBD lotions to the affected joints. CBD may cause mild side effects such as insomnia or nausea. Because topical CBD arthritis cream can trigger an allergic reaction in some people, test it first on a small patch of skin.

Research related to the use of CBD oil for arthritis:

The majority of research on CBD and arthritis have been conducted on rats, including one published in the journal Pain in 2017 that suggests CBD oil may help people with osteoarthritis. CBD oil for arthritis may enhance pain relief, sleep, and quality of life in some rheumatoid arthritis (RA) patients, according to a study published in the journal Arthritis Care and Research in 2016, although the sample size was so small that the study was essentially insignificant. 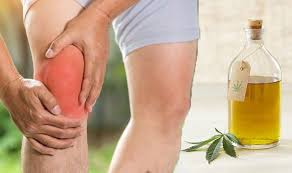 “There is a paucity of scientific evidence to indicate convincingly that CBD is a beneficial arthritis treatment for humans,” according to Medical News Today. To better understand how CBD oil impacts arthritic symptoms including pain, inflammation, and exhaustion, more research is needed, particularly on larger groups of human volunteers.

“It’s hit or miss for me,” Dr. Rim admits that CBD helps some people and has no impact on others, but I encourage that my patients try it because there don’t appear to be any serious negative effects or drug interactions.”